As a follow-up to my Slot Furniture article, here are snap-together chairs that come out on a single piece of plywood. 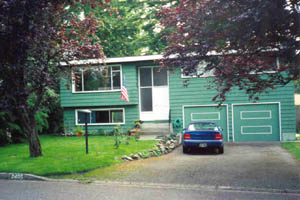 Is my current house Modern -or- Ugly?

I stumbled upon this site which lists homes of a Modern Architectural style that are for sale in the Seattle area... After browsing, I must ask; Is modern just a nice way of saying ugly?

Don't mind my bad reference to am I hot or not.

There is a certain ghetto allure of furniture that you can assemble yourself without tools or glue. That's where Slot Furniture comes in. 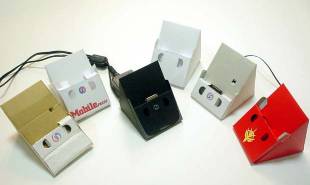 What's not to love. Only in japan do we get the Origami docking cradle. It's genuinely ghetto-fabulous. 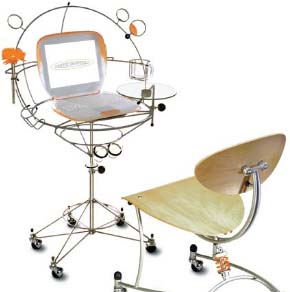 This is a very sexy desk by Joey Manic. It isn't ghetto at all. (but I'm sure I could make a ghettohardware fake of it) I wish I could get one of these, and a deservingly sexy downtown apartment with wood floors and the works. (Yes Chuck, I envy your new place)

Edit: The desk linked above is notably cooler than this iMac-only desk that I saw the other day at Frys Electronics, and even this one I thought looked pretty cool at the time... 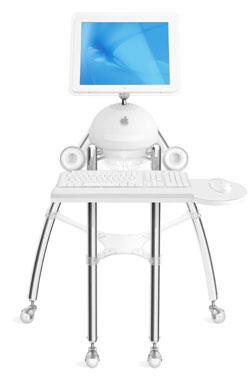 This is a follow-up to my previous complaints about the iTunes software.

Basically, they keep hitting many marks and missing other opportunities.

1. A recent release added cute little arrows next to the songs in your library bringing you to the album on the iTunes Music Store. That's great and all, but how about propagating that data back to iTunes so we can do somethign useful with it. How about a column in the UI for the # of downloads in the iTunes Music Store? Then, we can make smart playlists based on the songs popularity. Also, they added the icon to bring you to the store and an option to turn it off. Unfortunately, it isn't in the right-click menu, so once you disable the arrow icon (it *seriously* clutters the UI so I turned it off) you lose the functionality completely. Besides, why would we want to buy a song we already own? (A: we don't, but they can try to sell us related content)

2. AirTunes Client App; Where is it? An obvious extension of the AirTunes streamign solution is to deliver an airtunes app for Pc's/Mac's. This way, iTunes can drive a dorm-wide house-party for free. (A: why make it, it'll undermine sales of their oddball Airport Express device) Don't get me wrong, I think it's a briliiant product; especially to get dorm kiddies with wired internet to kick back on the futon. Without a way to remotely change songs, though, I don't see the utility. Maybe there is a hidden RF remote receiver in the Express, that can feed the commands back to the the serving iTunes machine. Also likely is a future iPod that can stream to one of these devices, or at the very least (and perhaps more likely), act as a wireles remote with a screen for your desktop's collection. Streaming barely-compressed audio over 802.11g would suck the batteries too fast on the iPod.

3. Maintaining my iPod collection still sucks. I complained about this before, but it still hasn't improved. All I want is my iPod to contain all of the music that meets a certain criteria (In my case, I want all songs with a certain rating or higher, and all albums that I consider critical to have at all times)
For the rest of the space, I want a random selection of *albums* (whole albums, not random tracks). There should be an easy way to re-shuffle these random songs. I also want a way to flag an album for synchronization next time. ( A dock with a hotsync button, like the Palm Pilot would be pefect. Merely docking it could simply charge it up, but hitting that sync button will get you all the ones you flagged for listening and a random selection of other tracks) On the iPod device, there would be a new view, "my random albums", which lists the albums that were randomly added to the iPod. By rating a song highly while listening on the iPod, it will stay on the iPod since the iPod keeps all my highly rated songs above any random album of the day.

El Diablo Coffee Is the bomb. It's in quiet and lovely Queen Anne, which features plentiful free parking and a cozy neighborhood vibe. The drinks are cheap (2.50 for a large and super tasty mexican hot chocolate is a steal, atleast for seattle)

You can find me here whenever I need to beat the traffic rush for an early evening downtown event.

iPal for my iPod 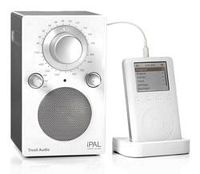 Popular item on the blogs lately is this desk radio by tivoli audio. They are nenowed for makign some of the best desk radios in terms of tuning and of crisp audio playback, but now they added a 20-hour battery and a 1/8 mini jack; and dubbed it the iPal. 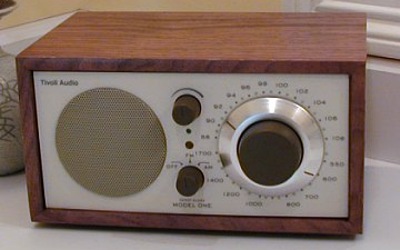 Gorgeously retro Model One. My bedroom (and office) wants one of these.

To me, I think it is a step-down from their sexy Model 1 radios, but the battery makes for a compelling sell. (toss it in a backpack and go camping)

In any event, I might get one of these if the price is right, as it would be a perfect bedroom radio and iPod playback station.

Update: I played with both the PAL and the model 1 today at Magnolia HiFi. Reception on both devices seems a tad flaky, but the building is very-indoors and I didn't spend a lot of time tweaking the antenna. I will say, though, that both sounded great when they got a lock on a station.

When it comes to sound quality, I did a test with my iPod. Both devices sounded incredible at normal volumes, especially the vocals, which were crystal clear and razor sharp. Neither device did particularly well with bass-heavy tracks, like Rage Against The Machine songs, but then again, these tracks may just be distorted on the CD to begin with because they were recorded too loud. That said, the Model 1 does a little better, sounding distortion-free to about 85% volume vs 75% on the PAL.

Summary: Both sound great at reasonable volumes. The model one really is as sexy in person as it is in pictures (sexy may be a odd description of this retro wood box soundsystem), and the PAL really looks as plasticy as you might expect. If I could get a model one with a battery and the 99$ pricetag I would have it already, however at 129 for a cheap-looking device the PAL is a hard sell.

Seen three films so far in the Seattle International Film Festival, so time for my synopses....

Today I saw Capone, an interesting first film by French director Jean-Marc Brondolo. It brings together two unlikely men to schlep a racehorse north of the artic circle of Finland for a race. The story was intriguing and the acting was good; but the whimsical nature of the cinematography was the best part. I also liked how the drama of the film was a bit understated, and often cut off abruptly, letting us fill in the details.

I wanted to give it a 3.5, but the SIFF ratings are whole digits so it only managed a 3. That said, I really liked the film, particularly when it slowed down entering beautiful Arctic-circle Finland.

After the film we got to hear some words from the director; who mentioned the film was shot in only ~25 days with a full-time staff of only about 25 people. Pretty impressive work!

His passion is to become friends with TV and radio personalities, perhaps a way to fufill his own professional aspirations vicariously through those he surrounds himself by.

His own professional carrer has been limited to a few stints as a pianist and his 4 albums, produced in part by the friends he's made over the years.

The film, part documentary, part drama, is slow at times, strangely organized, and a bit overbearing and in your face; however, this is exactly the Richard Peterson we got to see live before and after the show, since he was right there, in the theatre. I gave it a solid 4 rating, for the film had some incredible moments, although I think a tigher cut down to about 100 minutes would have been better than the two hours of film we endured through. ...yes, seeing film of Seattle was a big biasing factor in my rating.

And if that's not enough, we got to see a writer for The Stranger quite inebriated after the film, leading the discussion with the directors and stars.

The Uniform is a whimsical story of a poor tailor who happens across a Policeman's uniform, and ends up wearing it and enjoying the perks of being a cop. Ofcourse, things go wrong and interesting things happen along the way; but the style of filming was quite pleasent to watch. Slow at time, but for good reason, the film lets you get a glimpse into the harsh realities of a small city in China.

I again wanted to give this a 3.5 as it is definitely above average, but ended up giving it a 3.
GhettoHardware News